Today, Monday, was our first real working day. Actually, it was agreed the night before that we would start work at 10:00 am. Heavy rain and thunderstorms in the morning prevented this plan, so that we had to spontaneously reschedule. When the rain finally let up after about an hour, we redistributed the work. Part of our group went to Panos, a man who lives near the harbour. He had a stroke some time ago and could no longer look after his house. The terrace was brought up to scratch and the overgrown plants were trimmed so that he can enjoy the view from the balcony again. A second team cleaned the kitchen at the same time and a third chopped wood for him so that he can heat his house in the coming winter. Furthermore, the man was allowed to go shopping with two people from the team and stock up on what he needed. He was very modest and had to be encouraged a bit to take something from the shelf. At this point a big thank you to donors, this is possible thanks to you.

In the kindergarten on the island, another group built a sun sail, which should be finished in the next few days. Marius, who works there, reported on his highlight of the day in the evening. Michi, another member of our group, was working at the music school, where he gave music lessons to children and young people on the island. He will be doing this again later in the week. A group of three was out with the island’s social worker. They first visited people whose financial and social situation is difficult. They asked for initial wishes so that they could later create a care package for them according to these wishes. The last visit was to a woman and her 38-year-old son, who has a mental as well as a physical disability. They met the family and agreed that the carers from the Swiss for Greece team would come the following day to support the mother in caring for her son. Because there is no such thing as Spitex here.

After a delicious lunch at the island’s harbour, the groups were regrouped. A part of the group, which was cleaning up Pano’s house, as well as those who were travelling with the social worker, took care of a footpath in the harbour of Linaria, which they deforested and disposed of litter. In the evening we have a round where everyone shows their “photo of the day”. In this exchange, one of the photos shown was of typical Greek Turkish shutters crumbling on the ground covered in bulky waste. A symbolic image of the dark side and poverty in Greece, which is popular for tourists. We are often asked by various people whether our help is really necessary in this country, because they have already been there as tourists and have only seen beautiful places. But nobody really sees what is behind the tourist places and the blue shutters.

My highlight of the day today was working on the façade of the kindergarten. Among other things, holes were drilled for a sun sail and a bench. I was particularly pleased to say goodbye to the kindergarten teacher in the evening, who could practically only speak Greek with us. Nevertheless, we could clearly understand that she was very happy about our work, looking forward to our visit tomorrow and thanking us very much. This affectionate and heartfelt way of saying thank you especially set me up today.

I visited a 60-year-old woman who has been caring for her severely disabled son since birth without any help. What impressed me most was how cheerful and content she is. She never complains, despite her situation. When we arrived, she greeted us with a cake that she had baked for us in her few precious free minutes. 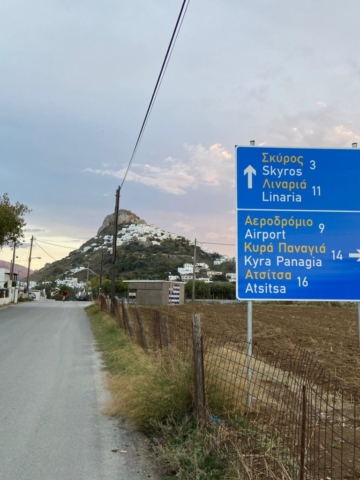 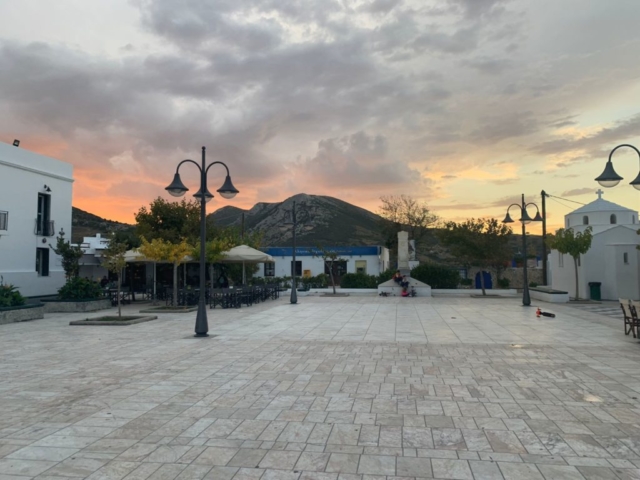 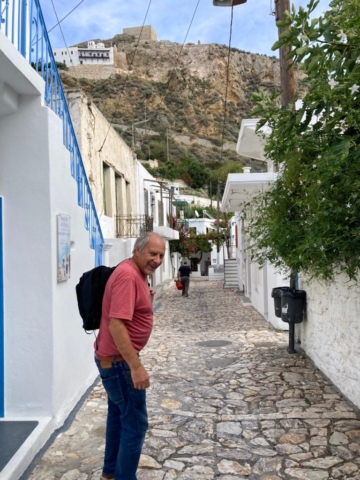 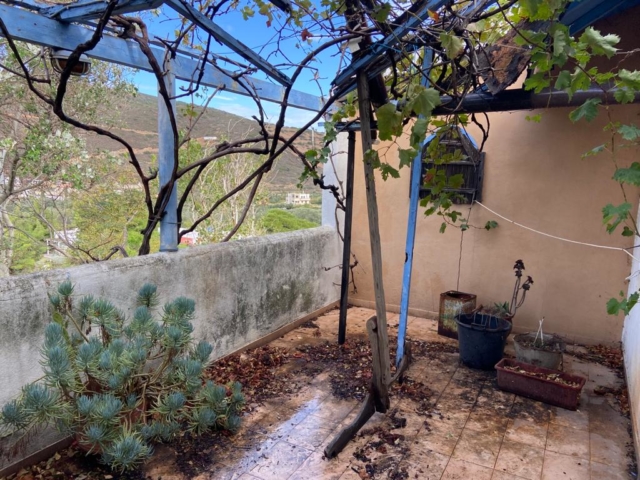 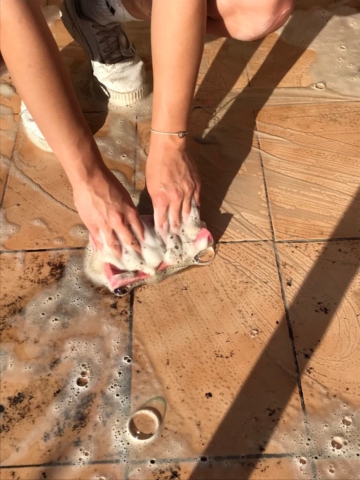 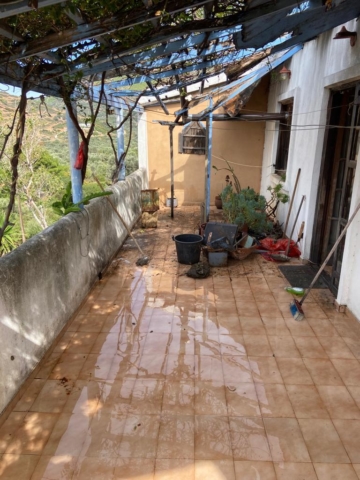 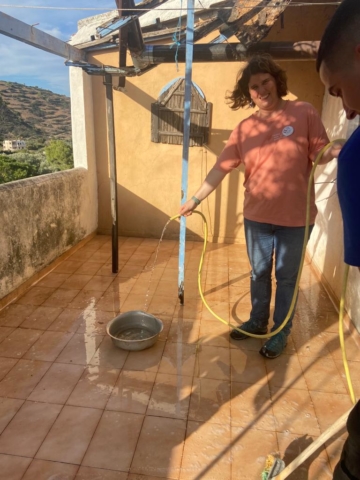 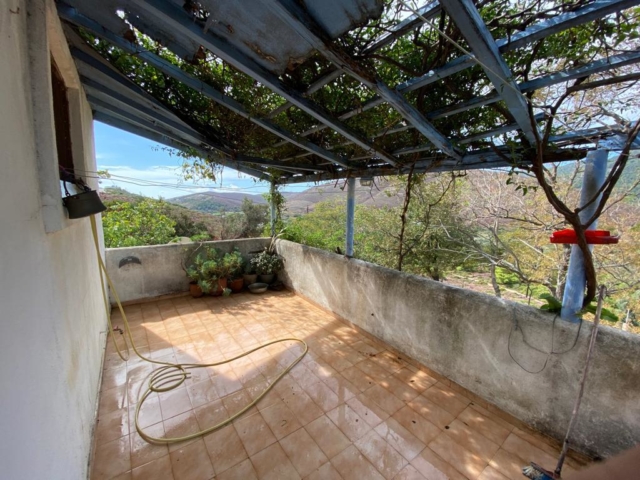 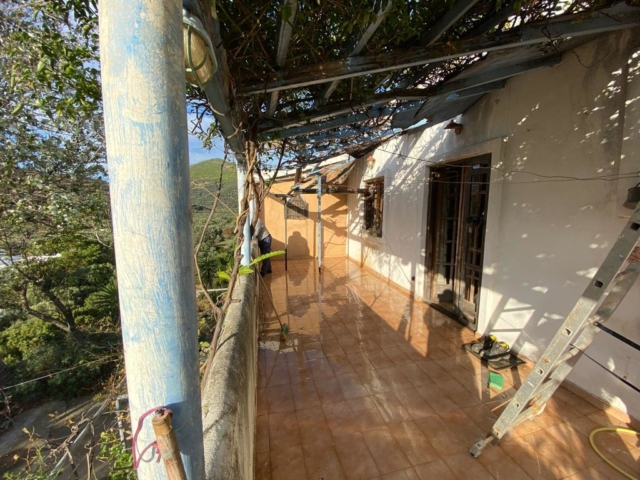 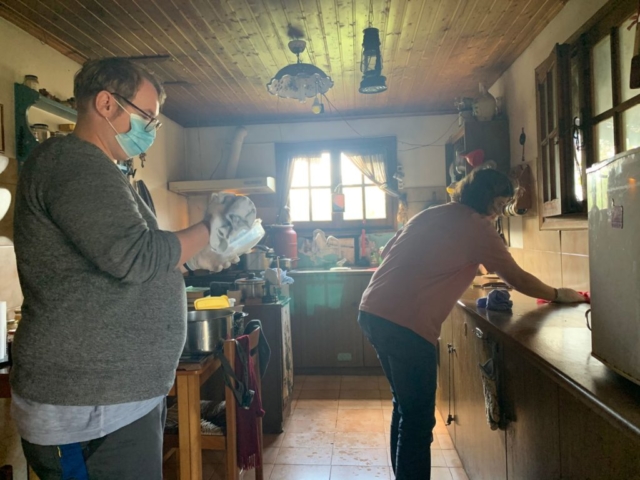 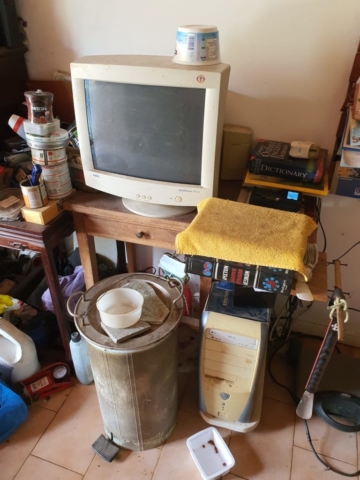 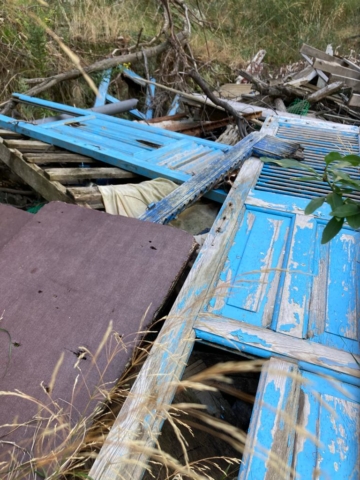 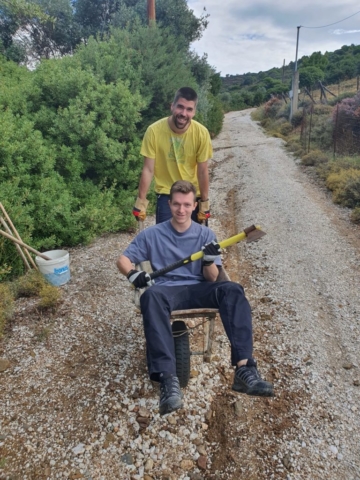 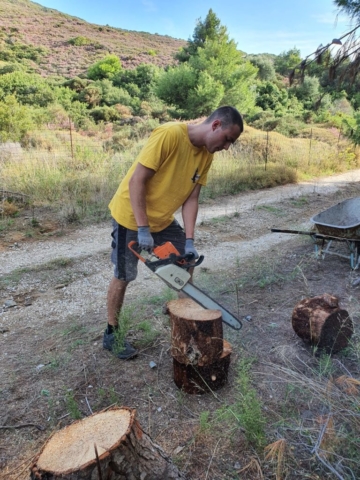 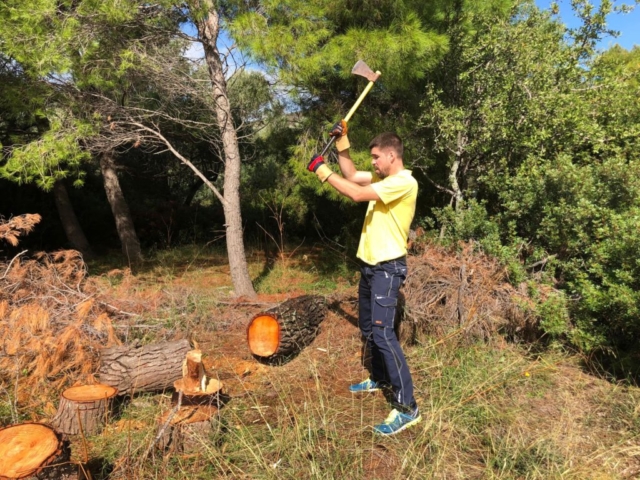 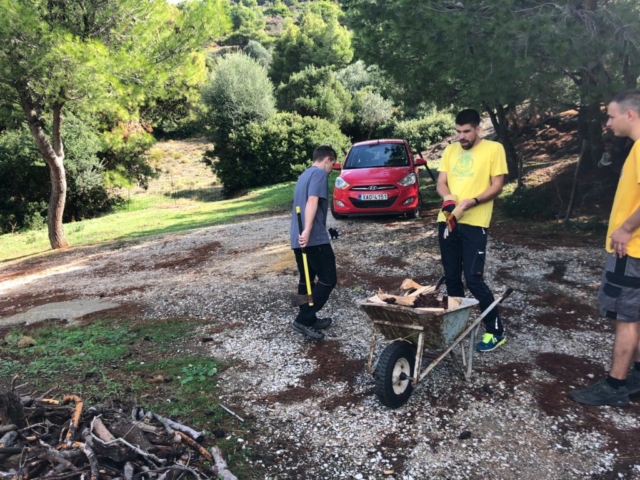 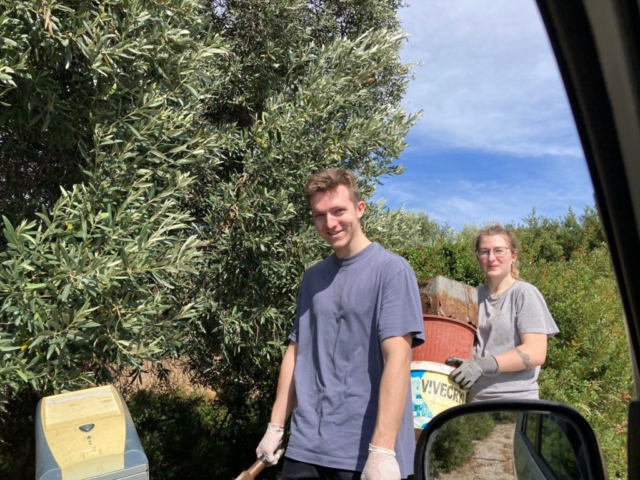 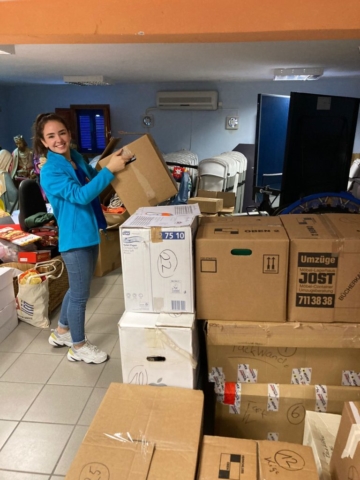 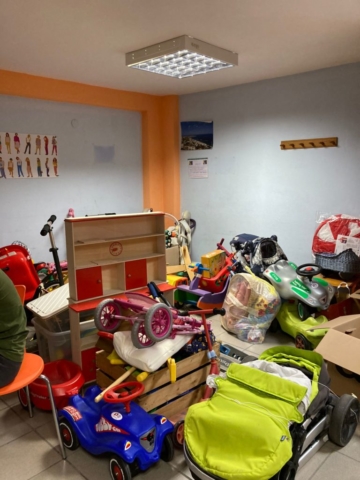 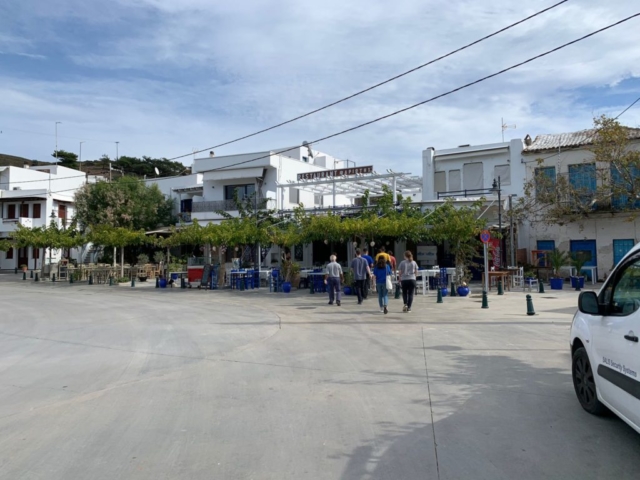 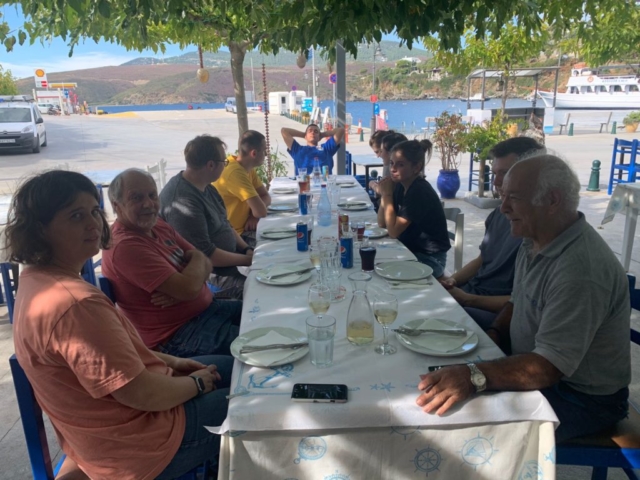 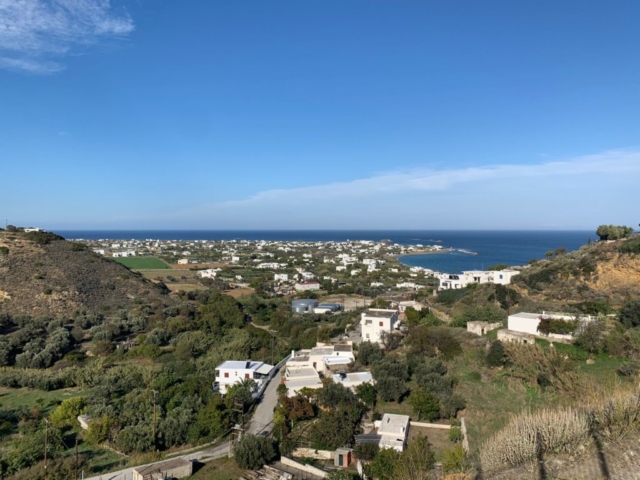 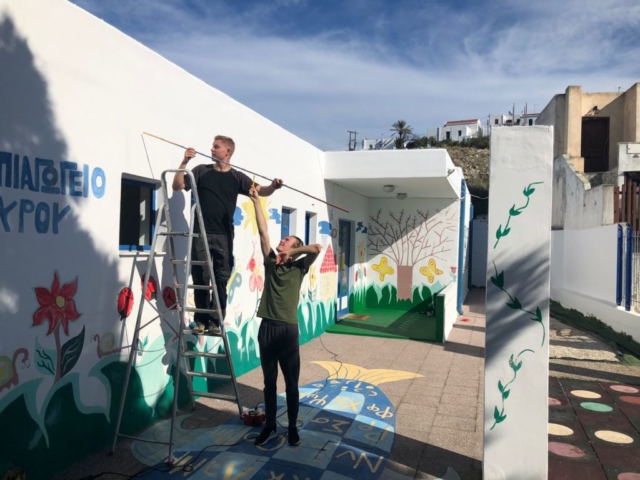 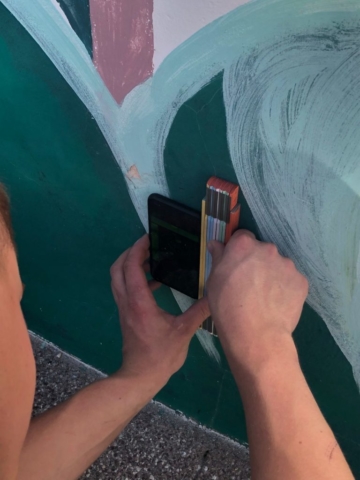 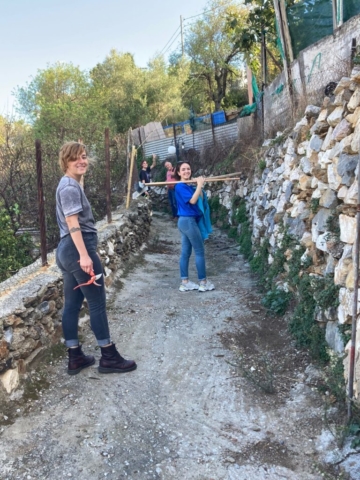 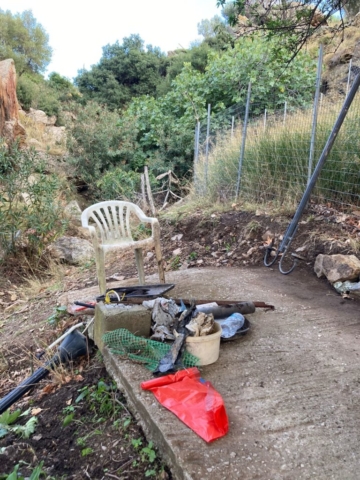 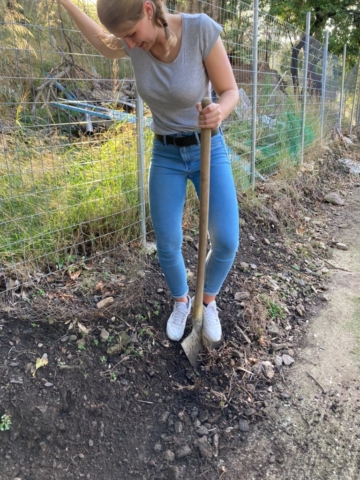 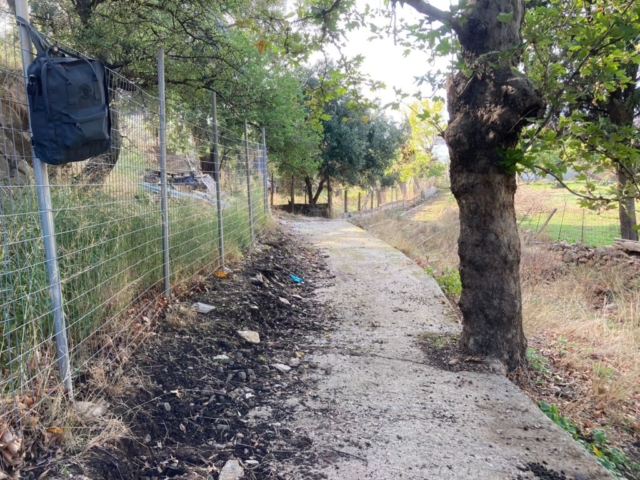 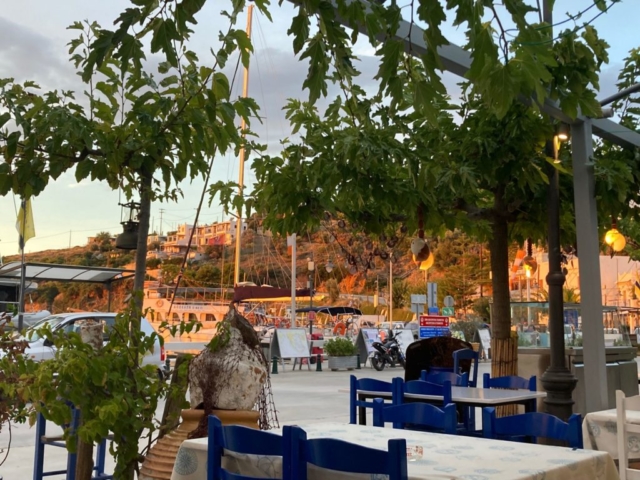